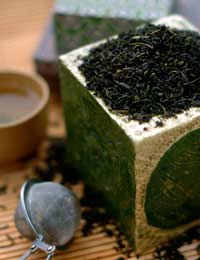 For many of us tea would be higher on our list of early-morning priorities, and it’s an ancient Chinese ruler, Yan Di, that we have to thank for it.

Often described as the father of herbal medicine, Yan Di spent his lifetime investigating - by tasting - plants to determine if they had any beneficial properties. He discovered, round about 2737 B.C., that tea made a good antidote to those that were decidedly unbeneficial!

Tea gradually moved on from being simply a herbal medicine to a religious offering to a vegetable and, finally, to a refreshing drink. It was during the Ming Dynasty that foundations were laid for today’s style of tea-processing and drinking.

There are four different types of tea. The differences result from the age of the leaves when picked and whether oxidation has taken place. If the leaves are crushed, bruised or broken, enzymes in the tea leaves are exposed to the air and this leads to varying degrees of oxidation.

To make a Pot of Tea

Boil water in a kettle. Just before it boils, pour some in the teapot and swish it around to warm the pot while the kettle is brought fully to the boil.

Add 1 teaspoon of tea per person allowing one extra ‘for the pot’. As soon as the water boils, pour it straight onto the tea. Put on the lid and a tea cosy. Allow to stand for 5 minutes.

You can use tea-bags, in which case, stand for 4 minutes.

(2-3 cups a day are said to relieve water retention)Add 1 spoonful dried blackcurrant leaves to about 8 fl oz water in a small pan. Bring to the boil and simmer for 2-3 minutes. Allow to stand, covered, for 10 minutes before drinking.

(A cup after meals is said to aid digestion)Pour a cup of hot water over 5 fresh mint leaves. Leave to stand, covered, for 5 minutes before drinking.

(Good for digestion)Pour boiling water onto 2 slices of root ginger in a mug. Allow to stand for 3-5 minutes and strain before drinking.

How to Store Tea

Buy good quality tea. Keep in an airtight tin in a cool dry place away from direct sunlight. If you have several varieties of tea, keep separate to avoid cross-contamination.

Another old Chinese legend involves a great Zen master who was questioned by three monks of differing rank and authority. To each one he gave the same reply: ‘Go and have your drink of tea.’ There should be no inequality: we are all born equal.